Generally, when you think about self-publishing you think about people that are new to this field and who can’t afford working with an editor or a large publishing house. But the truth is you can find celebrities and famous people that chose to self-publish and make it big. This is good to note, because every author can publish a book themselves without relying on external sources.

Stephen King is a well-known author and ended up self-publishing a book on his own in 1960. Named “People, Places and Things”, this book was published by Triad and Gaslight Books, who is his own publishing company. He chose this route because he wanted to get the book in front of as many people as possible.

Mark Twain already had many publishing deals, but in 1884 he decided to cut the middleman. He started his own imprint and wrote 2 successful books. One of his famous books “The Adventures of Huckleberry Finn” is a self-published book. So, it goes to show any book can become a success, even if it’s self-published.

Andy Weir’s “The Martian” is a well-known book right now, especially after its movie. The book itself was self-published and become a major best seller. After the overall success, he did manage to acquire a lucrative deal for the publishing and also movie rights. But yes, it was all self-published, and he did manage to accrue a lot of success because of it.

Lisa Genova is known for “Still Alice”, but that novel was self-published in 2007 before it became a cult hit and a movie. After the novel became more popular, she did find a great deal but at first, the work was rejected and she self-published.

“Rich Dad, Poor Dad” is the epitome of finance books, but at first that book was rejected by many publishers. That’s why Kiyosaki decided to self-publish. And it was a great idea, because it was a NY best seller for 6 years, and the book sold more than 40 million copies all over the world.

Although we know her thanks to “Handmaid’s Tale”, the truth is that Margaret did end up self-publishing some of her work, especially a book of poems named Double Persephone.

It’s great to see that every author has a chance to reach success. You don’t need to be a major name to find success if you self-publish. It’s a lot easier for any author to go the self-publishing route and try to achieve amazing results this way. Not only is it efficient, it conveys amazing results, and the value itself can be incredible. Celebrities and authors chose to self-publish because they keep most of the revenue, and they also don’t want to have certain restrictions on their books, which is incredibly important.

To learn more about how to self-publish, you can download our eBook and it will let you know step by step what the process is to begin. Click the link here to begin now! 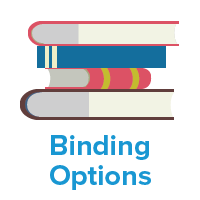 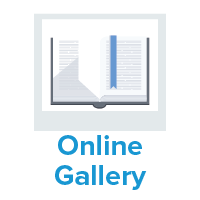